1. If not already installed, download and install Oracle JDK or OpenJDK 8.

Installation can also be scripted.

JBoss Developer Studio 9 can be installed on Microsoft Windows, OS X, and many Linux distributions. Oracle JDK or OpenJDK 8 is required. Details here.

Looking for an offline solution? You can perform an update using these zips:


For offline installs from Central:

Looking for a different update site?

Testers & Early Adopters, you may be looking for one of the following:

Try one of these:

If you do not already have a copy of JBoss Developer Studio, click here to download it free. 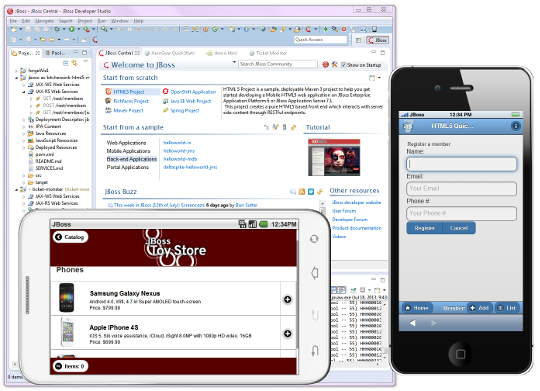 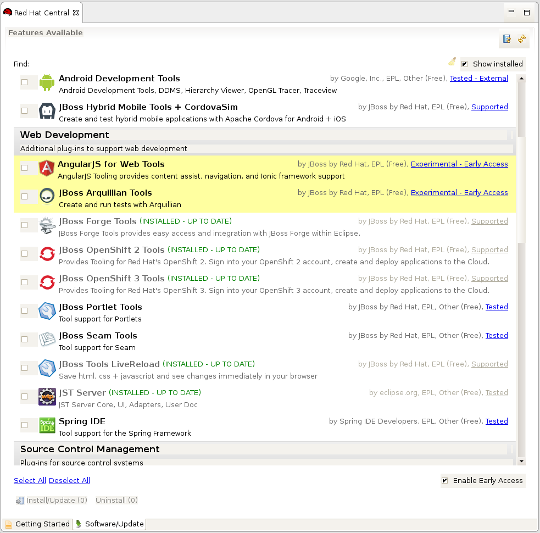 
Most content in Red Hat Central is fully released content; however, some connectors contain features which are still being developed - Alpha, Beta or incubating content - and therefore have been marked accordingly:


Most content in Red Hat Central is hosted (redistributed) by Red Hat; however, some connectors cannot be redistributed due to license terms or other constraints, and therefore have been marked accordingly: